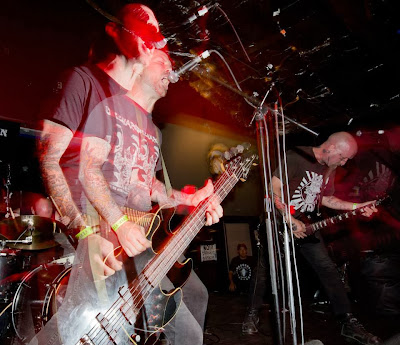 Deadly Reign have released the best album of 2001 under the name "No end in sight". Now, two years later they come in the same deadly style. Tight and furious hardcore punk. "Slave" released through Profane existence records and contains three scissor cutting tracks for all the fans of non-boring D-Beat madness. They have members of World burns to death, Scarred for life and Till death. I've said before that "who are we shooting at?" may be my favourite track from Deadly Reign but "Employment of slaves" is a big contender. An ace seveninch worth to checking out.