Let's get this straight, this post is definitely not for those who don't afford modern styles of music, talent, well played crust and the land finland. It's also not for those who wear police sunglasses, eats ice-cream in a cool shiny day or even think that they live in a perfect world. This world has hate, famine (and Darkthrone) and Burn Again, a band who can drop the whole sky in your little head (as their track "the sky is falling" declares). 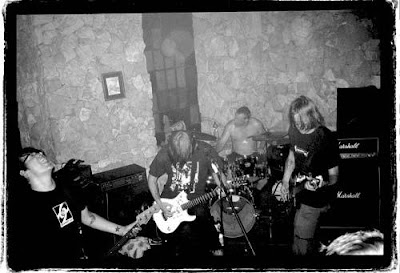 As my good friend billy asked for some scandi-crust i felt i owe him a post, not that his taste is similar to burn again, but at least i tried. So, let's start with the infos. "Excuses for apologies" is the cd release of the band's demo alongside the side of the split with Lahdon Aika (also a killer band from finland. Here you can download some tracks the band offers for free). It has been released in Japan by Acclaim, Urban resistant and Reset not equal zero records.