Out Cold - A Heated Display 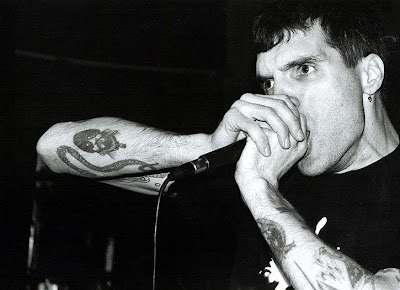 As i promised, this is the new Out Cold album, released some months ago on a cd format and it's scheduled to be released on a lp in some months. I'm not going to start explain the importance of Out Cold, lyrically and musically, for the hardcore "scene" or how different they sound in this album, cause they don't. If you're interested you can read some previous reviews HERE. All tracks have been recorded somewhere in 2005 after "Goodbye cruel world" release except the vocals. The vocals recording done in 2012 from Kevin Mertens (band's first singer). Still i don't know if i can like the voice of Kevin Mertens who sings here, seems that Mark's voice is and always be tremendous and attacking and cannot be compared. Now, some tips about the album as John (drummer) write it down on Out Cold's page (the whole column can be found here):

"In 2005, shortly after the release of the "Goodbye Cruel World" album and the "Planned Accidents" EP, Mark & I went through an unprecedented writing spurt. Over the course of just a few months we had written the music for 28 songs, enough for two albums. In December of that year, the two of us went into the studio and laid down the guitar and drum tracks for all 28 songs in just two days. Wanting to achieve a higher level of production than on our previous releases, we went to the expense of bringing Daniel Rey up from New York for the weekend to supervise the sessions.

Even stranger, after these sessions had sat in limbo for some length of time, Mark put forth to me the notion of having Kevin Mertens, our first singer who left the group after the first album way back in 1994, do the vocals on them. The idea was so out of left field to me...I was incredulous. I told him that, while I had nothing against Kevin or his vocal style or anything like that, it was just too weird...and unecessary. Mark was our vocalist and had been for the last five albums and well over ten years. To bring Kevin back at this point was just beyond bizarre."

download (file removed by request)
Posted by mikxxx at 13:11

If you could please take this down it would be appreciated by the band and label.