Against Empire - Thieves and Leeches

Some months ago, i've made a post about Dogsholylife and their forthcoming euro-tour. The band came through greece and was a blast. Very nice guys, open-minded and alcoholics as hell. Two members of dogs also plays for Against Empire, Matt and Dylan  delivering the goods for both bands and they truly do a great "job" and julien the drummer runs Threat to Existence records. This is their new lp on Profane Existence records (a very good release for the label after long time). 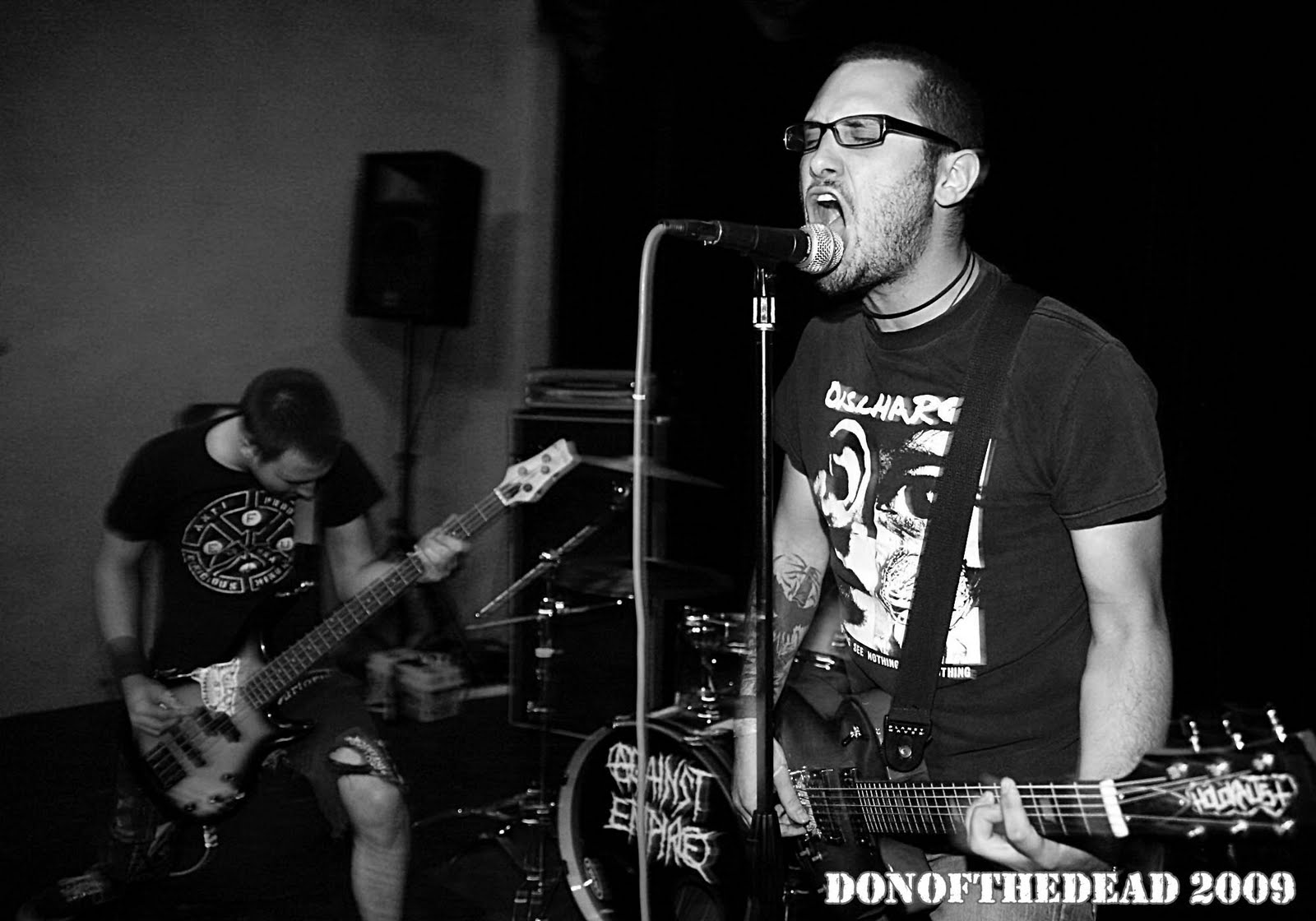 So, for those who are familiar with their heavy crust days of the "destructive system collapse" 7'' and the "one who bear the scars..." Lp i have to say that the band have made an impressive improvemnet on their sound. Their tracks are sharper and faster with double shouting vocals. I can say they made a step closer to anarcho-punk/crust not only by lyrics (they were a political aware band in the past also) but mainly by the tracks "construction", something like Born/Dead, Aus-Rotten or even the fast tracks of Dogsholylife and as jarred (dogs drummer) told me :"the more the guys play with dogs, the more influence gets to Against empire" and that's true. Seven amazing tracks for headbangers hard and die-hard pogo wolves plus a great CRUCIFIX cover. The rip is taken from Up the fuckin punx blog. Cheers.

That's a lot to suck on.

That alot to suck on.