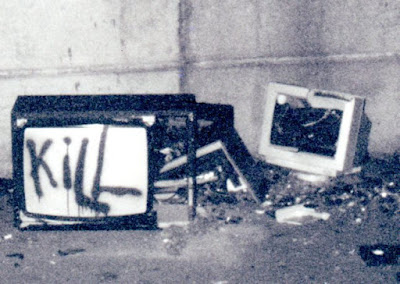 I don't know a fucking thing about Cinderblock, except they are total ass-kicking. This demo contains five punk dynamites. First track - "Blood on my boots" - could easily picked for a street fight or kicking some nazi ass. It's my personal favourite, but "disco killers" (!!!) and "Disarm" are equally energetic. The band have a fresh "second generation" great britain punk sound somewhere between early Chaos Uk, the Varukers, Blitz but also reminding me the bostonians The Profits. Hope, they will release this demo as an ep and hope they'll release a proper full lenght in the future. Ripping '82 punk.

Who's voice is voiceless?
Posted by mikxxx at 18:03